How to Succeed After Failing in Business – Part 1

How to Succeed After Failing in Business (Part 1)

Failing in business is an option – don’t listen to the blowhard business bozos! In fact, failure is an essential part of being a successful entrepreneur.

I can tell you all about it because I’ve been there, done that, and got the T-shirt. I’ve got a whole shop’s worth of T-shirts, to be honest.

So, I’m going to open up a bit and take you on a personal tour of my life and career so far so you can see how crucial failure has been – for better and for worse – in the journey I’ve taken.

Read on to find out how I went from owning and running a $100m company to losing everything, going $2m into personal debt, and having to bail my business partner out of a foreign prison.

If I can go through that and still say with confidence that success in business is built on failure, I hope that can show you just how serious I am.

Hit play on the video below, or read on for more…

A little bit of backstory

I’ll make this quick, you’re not here for my autobiography.

I started in academia as a professor. I really believed in the education system, but it turns out that it’s completely backwards. It’s stuck in the 1800s, dishing out factory workers and killing creativity and risk-taking. It wasn’t up to date, so I left.

I started working with the government, running a National Productivity Fund, to try and improve businesses of all shapes and sizes. At the same time, I grew several 7-figure businesses on the side.

Life was great. I had an absurdly large salary, influence, ‘the dream’… and I walked away from all of it.

I wasn’t happy. My life was not destined to be lived as an employee and I needed to contribute in a different way through entrepreneurship, so I could have a greater impact on people and the world.

My road to failing in business

So, I’ve set the scene and now we’re really ready to start failing in business!

I re-joined a business that I had founded – it was tiny, with just three of us working on it – in the digital health sector.

Within the space of 18 months, we scaled the company pretty astonishingly by adding new and disruptive approaches. We reached the point where the company was valued at $100m and were operating globally.

It was all going brilliantly and, honestly, I had an amazing life.

And it all crumbled in front of me within the space of 30 days.

We delivered an 8-figure project for a client that we believed was reliable. We went all in on this project, promised a lot of subcontractors that we would pay them after we got paid, and delivered it on time and to a high standard.

It was received well, the project was a success, and three days later their administration changed and they told us they would not be honoring any past contracts.

Our investors pulled out. We had to let go of almost 99% of our staff.

I had to sit across tables from dozens, hundreds of people and tell them that I had let them down and that I was responsible for them losing their jobs.

The fallout of my failure

The responsibility, the guilt, and the shame that I felt for letting these people down was constant. It followed me around like a dark cloud. People would tell me it wasn’t my fault and I had done everything I could, but that didn’t work for me. I was responsible for the company and I was responsible for its successes, its failures, and the human cost of both.

We had let go off almost everyone and my business partner was flying back to the UK as his wife was about to give birth. He was stopped at the airport because, in Dubai, whoever signs the cheque is personally liable for its payment and we had plenty of money owing to subcontractors. They had filed a joint case against us.

He was arrested and placed in jail with the threat of many years of incarceration.

After that, it was a blind panic to get the money together. I broke down on the phone to his wife explaining the situation, I sold everything I owned, I had to ask my parents to remortgage their house. I managed to pull the money together.

Two days after he was out of jail and back in the UK, I started a new company.

Papering over the cracks

The company grew out of something we had started at the previous, spectacularly-failed company. And it was a success. It grew rapidly, won an innovation award, I delivered a Tedx talk as a result… but I was still completely crushed.

I would wake up every morning in terror and panic. Looking back, I believe I was suffering from some sort of PTSD.

I shut myself off from the world – I hid away, didn’t go to conferences or events, because I was afraid people were going to tell me how badly I had let them down. Most people knew what had happened and almost all of them said: “hey, it’s business, that’s what happens”.

The weight of it all was enormous and although my life was moving on, I didn’t feel like I had dealt with it personally.

The conversation that changed my perspective on failing in business

Remember how I said almost everyone told me it was okay and I should move on?

There was one person who I spoke to that really changed things for me.

He asked me: “what’s your problem? Why are you feeling this way?”

I told him: “I still feel guilty. I was responsible for these people and I was supposed to not let them down and that we achieved our vision.”

“You’re responsible for these people and you feel guilty about it. Okay. Well how’s John?”

“And your business partner – he went to jail?!”

“He’s not on top of the world… but he’s okay, and his family are healthy.”

“Well what is your problem, then?”

I realised that I hadn’t understood how to accept my own failures because I was a perfectionist. All my life, I had grown up and been educated in a system where we’re told and taught that we should not fail. We must pass our exams, we must get a good job, we must provide for our families.

We’re conditioned to fear failure, which is why I was so petrified and unable to move past my own experience of failing.

Rewriting the narrative of failure

That conversation changed everything. It caused me to do some intense self-reflection about all the stressful events in my life and how I could laugh at almost all of them now.

It was down to a shift in perspective, a shift in the way I felt and thought about them.

I figured that, if I could do it for those events, I could achieve that same acceptance with my failure in business.

Pen in hand, paper before me, I wrote down everything that happened and how I see it.

On the next page, I wrote down how other people saw those events.

On the next page, I wrote down how I thought it should be perceived from that moment on.

I wrote out why I am a stronger, better person because of that failure. I shed the “why me?” perspective and started owning the things that could be owned, and forgiving and accepting everything – whether I could control them or not.

I rewrote my narrative.

And that’s what inspired me to start CEO Entrepreneur. To help entrepreneurs, like you, avoid making the mistakes I’ve made and giving you the kind of education you’re being denied by the existing establishment.

That education starts with the seven steps to recovering from failure. You can find them in my next blog post and video – How to Succeed After Failing in Business – Part 2.

Do You Want To Scale Your Business without stress or overwhelm?

take the Quiz and Get in Touch 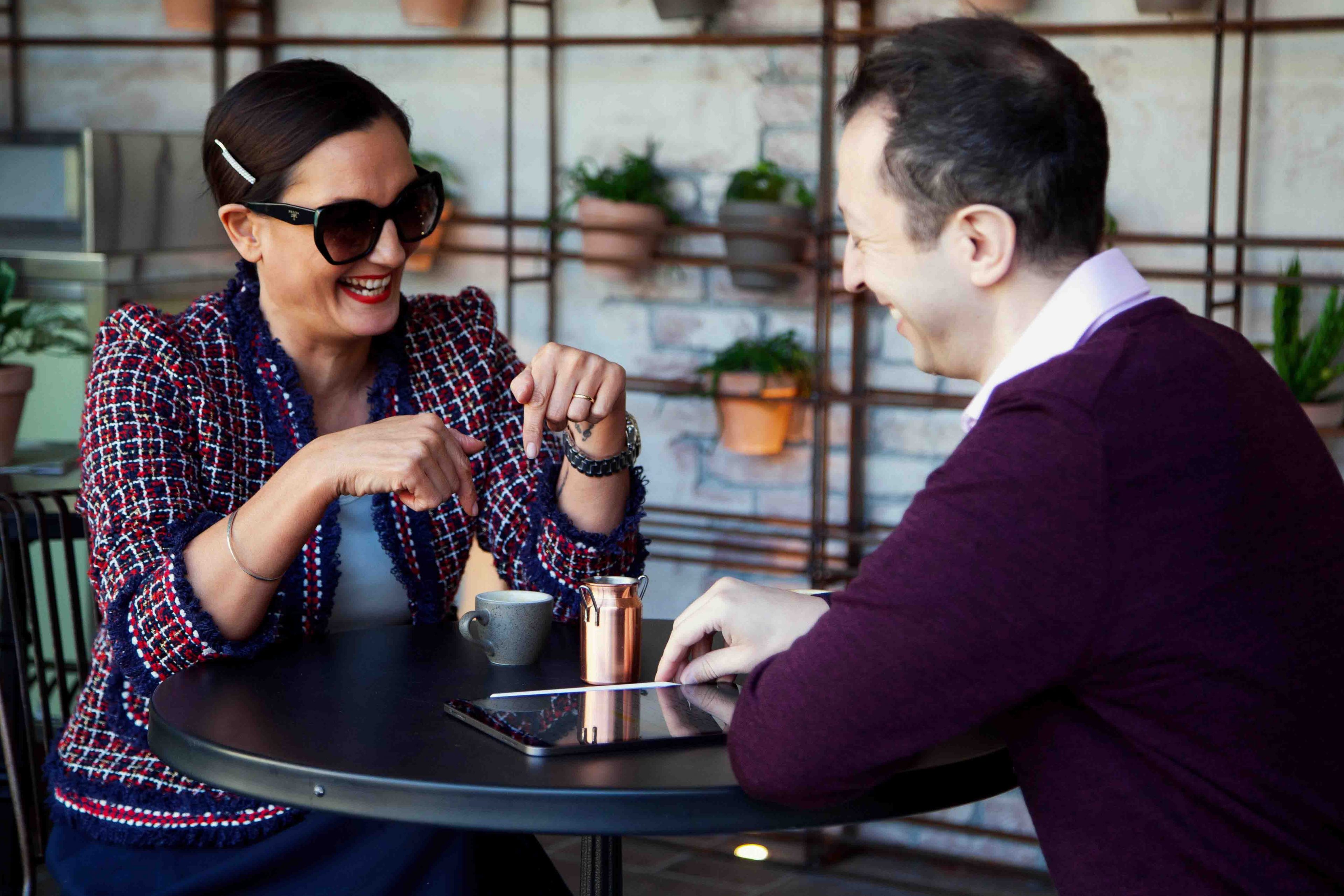 Please log in again. The login page will open in a new tab. After logging in you can close it and return to this page.

We Respect Your Privacy. We Won’t Spam You. Promise